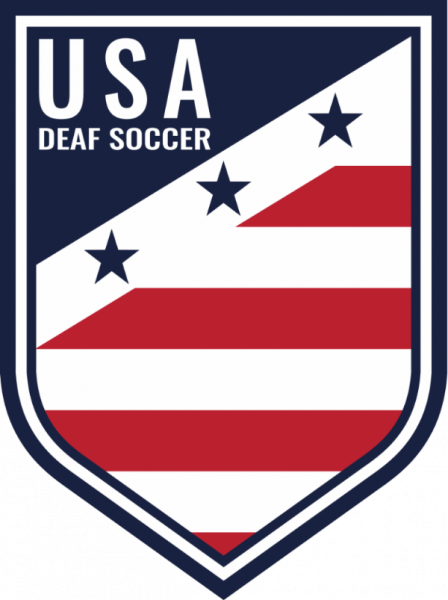 Soccer, as with other team sports played with deaf participants, dates back to the founding of each sport; in the case of soccer, in England, the first organized game between deaf teams was played in 1871. However, United States participation in international soccer came along rather recently.

International organized deaf sports dates back to the formation of The Comite International des Sports des Sourds, founded in Paris, France on August, 1924; in the United States, the American Athletic Union of the deaf was formed in 1945, with the name being changed to the USA Deaf Sports Federation in 1997.

The Women’s team formed to participate in the first Deaflympics in Australia, in 2005, and took the gold medal. The men’s team was 9th out of 16 teams.

The Women’s team began in 1999 with a small-sided outdoor tournament in London England, The St. John’s Tournament. The USA team were tournament Champions.